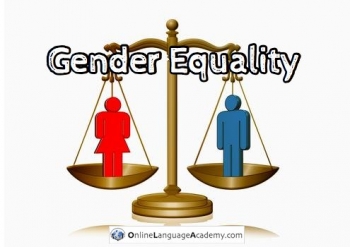 In this lesson we will be talking about Gender Equality in English, and looking at how to correctly use the verbs expect / want / need / would like.

Thanks to equal access to education, gender equality has improved a lot in developed countries over the past few decades. On average, women from developed countries are at least as educated as men, although in the USA, for example, they can only expect to earn about 80% of the salary a man would earn for the same job. There is still a long way to go before true equality is reached.

In developing countries, gender inequality in education is still an issue. Around two thirds of illiterate people are female, and the gender gap is much wider than in developed countries.

Before we get started, here is a list of vocabulary that will help you talk about Gender Equality, with your native English-speaking teacher in your conversation classes via Skype. 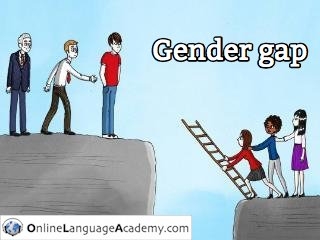 Grammar to use in your online English conversation class

The grammatical structure for each of these verbs is the same:

Questions we will discuss in your online English conversation class:

Practice reading and listening before speaking with your native English-speaking teacher:

Did you know that suicide is four times higher among men than it is women because of the way society expects them to behave? This article explains why gender equality is a man’s issue too, and how bringing men into the conversation on gender equality takes a step toward breaking down expectations of both genders.

"Fighting for women’s rights has become "synonymous with man-hating," as Watson put it in her speech. But gender equality benefits men as well. With a growing number of men taking on the responsibility of caring for children as their parters work, breaking down traditional gender stereotypes is increasingly important...." Read more...

This advert is a personal favourite of mine. Its goal is to make sure that girls everywhere keep their confidence through puberty, and showing them that the expression “like a girl” should not be a negative thing, but an awesome thing.

Do listening exercise on this video!

Want to Speak Advanced English in 15min per Day?🚀

Now book your online English conversation class with one of our native English-speaking teachers to put into practice what you’ve learned in this lesson.

Only by doing this will you improve the most important communication skill in English: speaking!

Not an OLA student yet? Sign up for your FREE trial class now!

See our other lessons, and improve your grammar and vocabulary with our well-thought out lesson plans to ensure you learn how to speak real English! 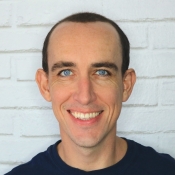 What do our students say?

©2022 OLA Online Language Academy. Online English school with personalised classes and courses to learn, study and practise on the Internet via Skype.

Prices stated in currencies other than Euros may vary slightly.